Let's create a Alfred workflow to search for memes in a folder(our collection) and put that image in the clipboard so we can user it wherever we need it. Yes, it sounds useless but it was fun to made.

First we need to cover some things to understand how an Alfred workflow works. There are many types of elements to build a workflow, this time we're going to use 2 specific elements: 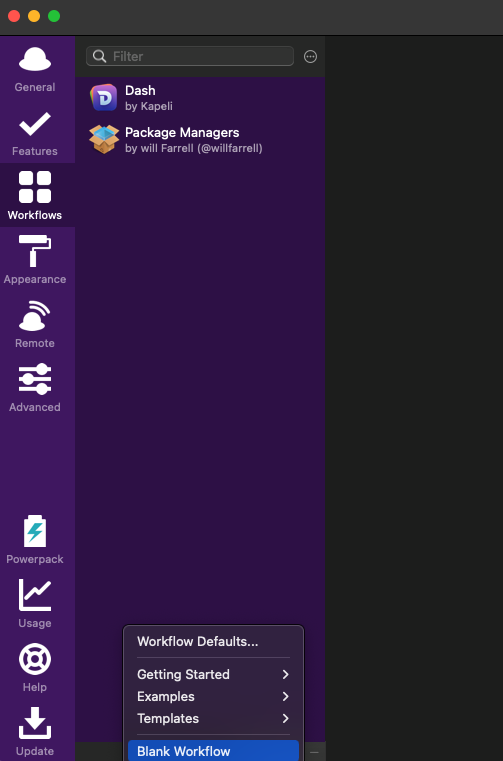 Name our new workflow, you can use whatever name you want, let's put "Meme fuzzy finder" 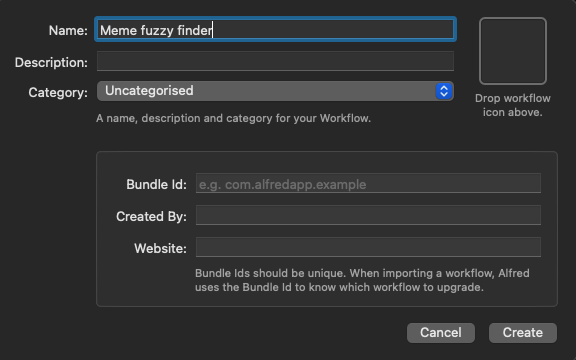 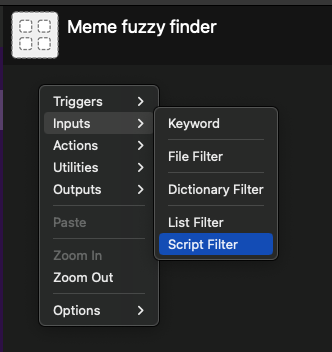 Now we need to make some adjustments over the defaults values: 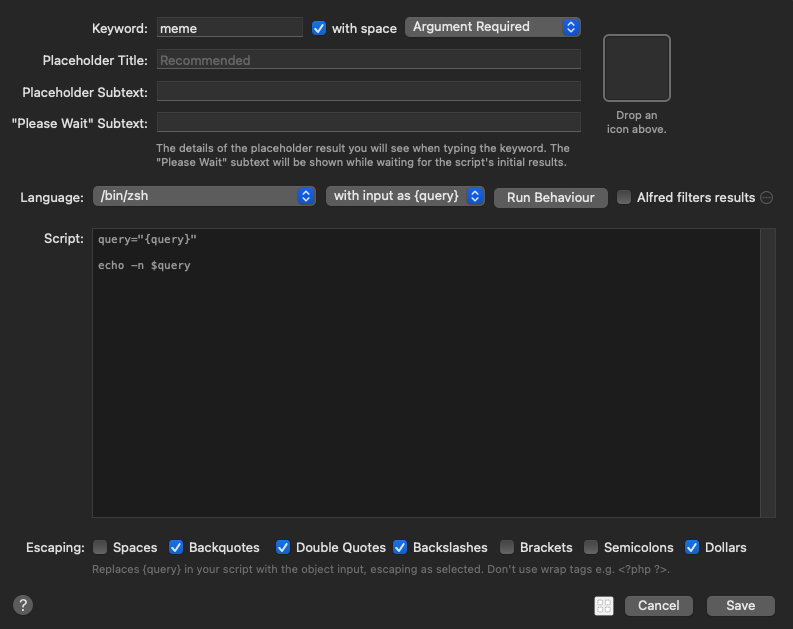 script filter can execute a script and it should return results in a json format like the following example:

Every element of an item has a meaning:

To produce this output we're going to use two tools:

We're going to combine these tools in the following script:

Some notes about the script:

Now we have the script we need to copy it inside script filter, the result should be like this: 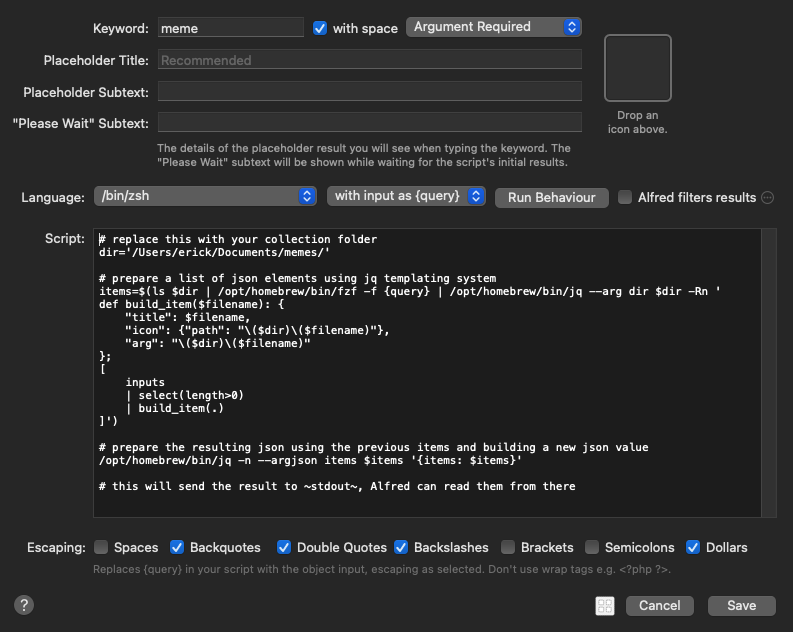 We can check it's working using the debug tool in Aflred and typing the keyword and a query term, for example: meme elmo: 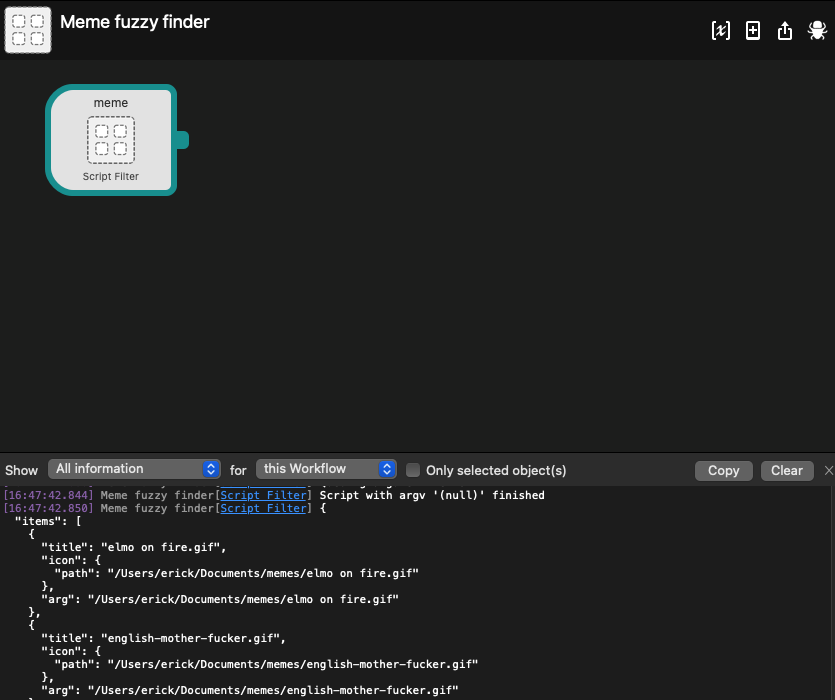 Now we need to define a second element, a run script action: 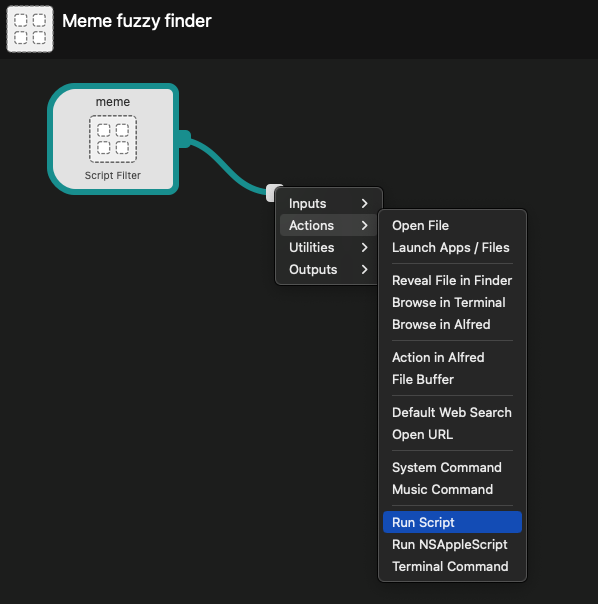 This time we just need to change one thing, language to AppleScript and now we can paste the following code to take the selected choice and send it to clipboard:

The result should be: 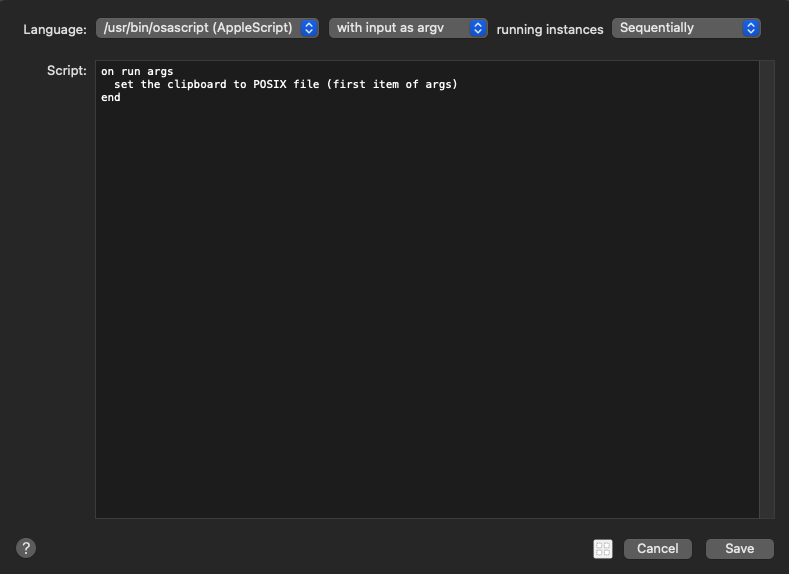 After that we should have a workflow with two components:

And now when we type meme elmo Alfred will show the result and when we hit enter that image will be copied to clipboard.